Libertarians Should “Strike While the Ire is Hot”

A confluence of factors may present an opportunity for electoral success for Libertarians and the party needs to be prepared to “Strike While the Ire is Hot.” That will be the message renowned political analyst John Davis will present to the Gala Banquet attendees at the 2015 State Libertarian Party Convention April 11 in Durham. 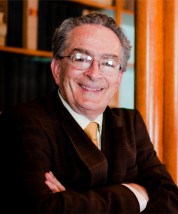 Davis will argue that the American political system is undergoing a demographic revolution which is disrupting the status quo. The dominant voter profile is no longer an older, white male. Hispanics, Asians, women, and millennials are becoming significant factors in most elections.

Davis says that the demographic revolution is occurring at the same time voters are increasingly frustrated by dysfunctional government caused by the polarization of the two major parties. To illustrate the polarization of the two parties, Davis’ presentation includes the results of a study by the National Journal showing that the nation’s “political middle” has all but disappeared.

In 1982, the National Journal reported that 334 representatives in the 435-member U.S. Congress were in the “political middle.” They were either Republicans who were more liberal than the most conservative Democrat, or Democrats who were more conservative than the most liberal Republican. In 2002, the “political middle” had shrunk to only 137 members of Congress.

Last year, the “political middle” was down to four.

Davis thinks that void in the “political middle” creates an opportunity for those, like Libertarians, who want to become the third party many disgruntled voters are wishing for, but only if they are willing to balance practical politics with ideology.

Davis is a non-partisan political analyst, writer and public speaker. His 38-year career includes work at all levels of politics, from legislative and gubernatorial to congressional and presidential.

In the nearly 1,500 North Carolina political races since election year 2000, Davis has a forecast accuracy of 92 percent.

His national experience includes his work with business leaders in over half of the states in the country. From Maine to Montana, Maryland to New Mexico, he has helped organize dozens of business political research organizations and conducted over 1,000 briefings on political trends.

From 1986 to 2008, Davis served as president of NCFREE, predecessor organization to the NC Free Enterprise Foundation. While there he founded the Almanac of North Carolina Politics and became recognized as one of the state’s leading authorities on evaluating candidates and predicting the outcome of races.

Since 2008, Davis has written the bi-monthly John Davis Political Report and worked as a private political investment consultant. He is frequently quoted in the news throughout the state and nation.

In 2012, he was honored as one of North Carolina’s “Top 10 Political Influencers” by Campaigns & Elections magazine, a national publication for political professionals.

A native of Graceville, Fla., Davis is a graduate of William Carey University in Hattiesburg, Miss. He and his wife, Kathy, live in Raleigh. They have five grown children.

The deadline for banquet registration is April 6. In order to take advantage of the special room rate, you must register by March 25.