Racial Healing Too Important to Trust to Politicians

I am going to try to say something useful about the cold and calculated murder of those nine saintly Christians in Charleston, S.C. First, let us listen to the testimony of the family members who forgave the killer. These people are serious Christians. They opened their door to God and were compelled by the love they found there to welcome a stranger into their midst. 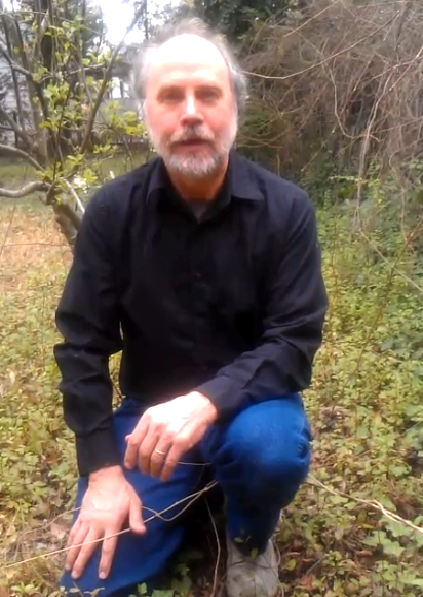 The young man who killed them had second thoughts because of the love and hospitality they showed him. For an hour, he listened to the offer of a better way of life. In the end, he chose poorly. He had hoped to ignite a race war. He has misjudged. Charleston is not Baghdad. Those good people proved him wrong by rising up in a mighty wave of love, dignity and respect. Twenty thousand marched to help wash away the malodorous stain of that day.

What now? What about the future of our country, our culture and our hearts?

I believe that we white folks need to be braver than we have in the past. I believe that we must accept a painful truth -- deep inside, many of our black neighbors do not feel able to trust us much, and I don't blame them.

Look at the evidence.

I am active in the Libertarian Party. One of our most loyal members was a wise and loving man by the name of Dr. Paul Meadows. One day he told me a story about the 1898 racial coup d' etat here in Wilmington.

In his youth, Paul frequented the Miscue, a billiards parlor on Front Street. A man there bragged frequently that during the coup he had set up a sniper post at a window and shot as many black Wilmingtonians as he could as they tried to escape toward the Cape Fear River. He was very specific about the rifle he used. It was a Sharps long-range rifle of the type normally used to kill buffalo. He bragged at every opportunity.

Our black community has not forgotten this ugly history. As a result, how could they not adjust their American expectations downward? Since then, what have we actually done to show that we deserve trust?

"Racial healing is too important to trust to politicians."

School integration and voting rights were a mighty struggle, as was ending exclusion in the marketplace. But since then, many of us lost focus and moved on. We were hoping for a good outcome, but too many of us subcontracted the job of improving race relations to our politicians. This was a serious mistake. They have helped make a mess of things. Some just want to declare victory in the struggle against prejudice and move on. Others have successfully transformed racial politics into a political tool.

In the end, I believe, they have only succeeded in aggravating and perpetuating the problem.

Racial healing is too important to trust to politicians.

Like many in my generation, I played a bit part in the civil rights struggle. As part of a small group led by Robert Pritchard, I was sent to monitor Klan activities. With them, I attended the 1976 United Klan Assembly in Stone Mountain, Ga. I listened to the venomous speech. I saw the cross burn. For a time, I thought poorly of the South. Then I was sent to a similar gathering near Hamilton, N.Y., and I knew that fear and hate were not just a southern problem.

Over the years, I dreamed of a much better world. Today, I remember Martin Luther King Jr. and the dream he described. I tell you, this isn't it -- but we are getting closer.

So let us pay the price and complete the work that was started. I am not talking about money. Dollars are not powerful enough for this job. I am talking about the currency of attention; the coin of respect; and the bonds of genuine friendship. This is true wealth.

As white people, let us resolve to seek out our black neighbors in their churches, in the market place and in our personal lives. To succeed, we must lead with our heart and spirit, joining in worship, civic life, forging business relations, becoming faithful and trustworthy friends in every way. This is an individual responsibility. It always has been. Having started years ago, let us persist now until the job is done. What will success look like? It will be marked by joy. It will be obvious to all.

True healing does not come by the passing of time alone. Profound wounds are healed by profound action.

Should white folks be trusted?

So far, we have fallen short. For our nation, for ourselves, let us finish what we have started.

Evans is chair of the New Hanover County Libertarian Party. He recently published a book, “A Second Look at Jesus.” This op ed was published July 7 in the Wilmington Star News.