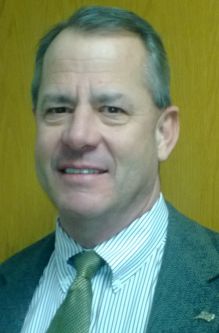 The maintenance of a fair and effective system of justice is a legitimate and necessary function of government.

However, our goal of eliminating the scourge of poverty from our society has been an utter failure. In fact, many of our programs to relieve poverty seem to exacerbated the problem.

One of the most disturbing aspects of this failure is that there is no lack of will or resources on behalf of the American people to solve the problem of poverty. We are a wealthy and generous society and I believe we can eradicate poverty among our population.

Could it be that solving the plague of poverty is not a wise function for government? Would our efforts to eradicate poverty be more efficient and more effective if administered on a private, voluntary basis?

Americans are the most caring and giving people in the world. For most of our history, voluntary mutual aid societies and spontaneous action by neighbors served to take care of the poor and people in need.

Before the War on Poverty was declared we rarely used the word welfare. Instead, charity was freely and cheerfully given by churches, service clubs, foundations, the United Way, and other agencies. The care was direct, personal, and tailored to individual needs. It was not a hand out, but a hand up, designed to lift those in need out of poverty or distress and into the workforce.

The War on Poverty, in contrast, recruited an army of bureaucrats whose live depends on getting as many people on welfare as possible and keeping them there. About two-thirds of government welfare money goes to pay the salaries and benefits of middle class social workers. That's enough for a family of four to receive $50,000 a year.

In contrast, two-thirds of the money donated to private charities goes to help the poor.

If we have a sincere compassion for the less fortunate, and I think we do, then we need to take action – each one of us, individually and in groups – and not simply advise the government to throw more money at the problem. Government is simply not the most appropriate vehicle for the delivery of charity.