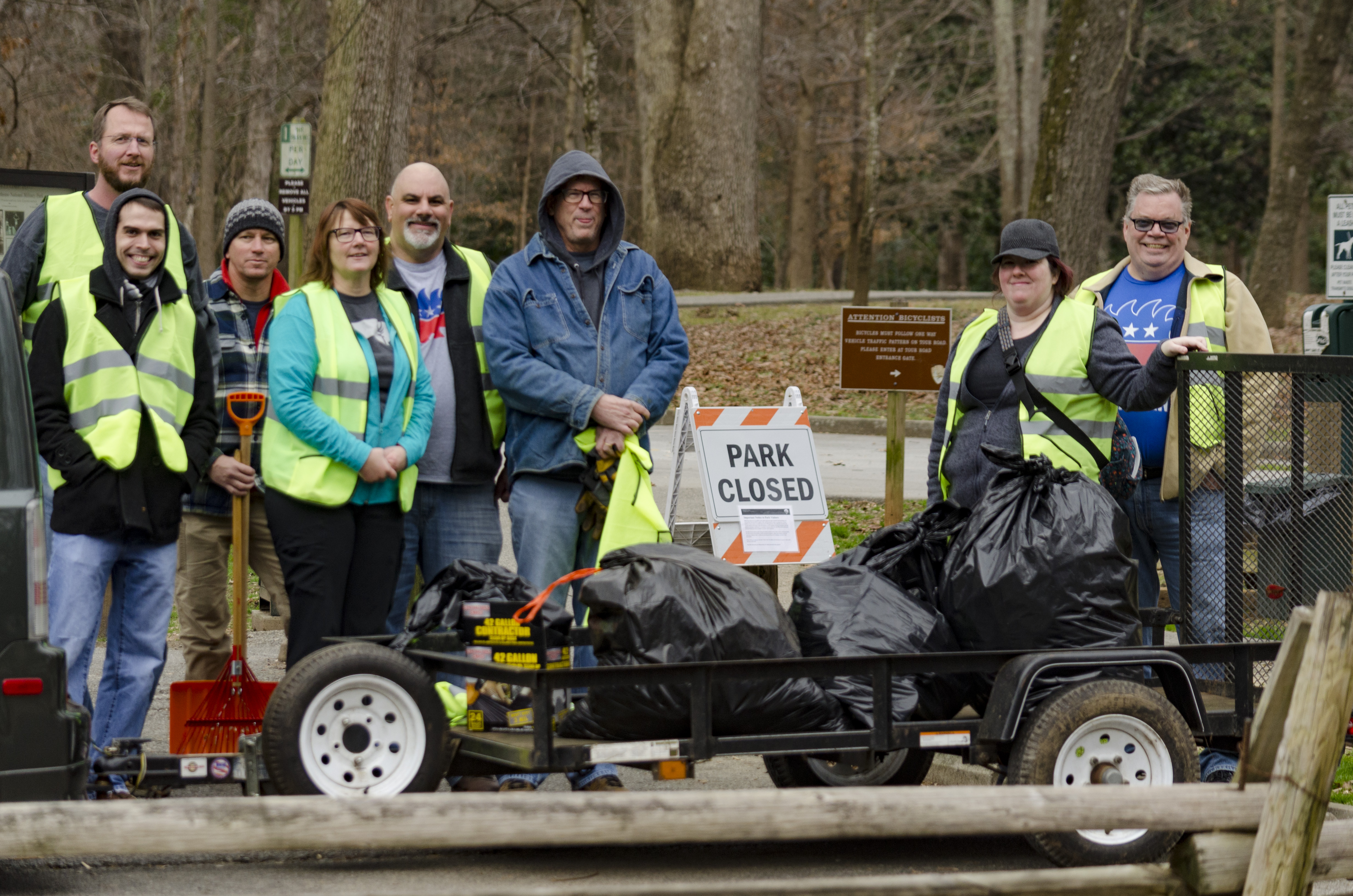 The public's stewardship of the 220-acre park was obvious thanks to the lack of litter on the ground, even more than three weeks after the shutdown suspended normal maintenance there. The LPNC volunteers emptied trash receptacles instead, collecting several large bags of waste.

As the group begin its work, a park ranger informed them that an organized volunteer event wasn't permitted at the shuttered facility -- even though joggers and dog walkers were walking in and out of the park unimpeded. After a brief stalemate and the polite removal of the LPNC's signs, the group went ahead.

The North Carolina effort followed a number of similar initiatives by local Libertarians across the country.

See news coverage of the LPNC's Greensboro cleanup on Fox 8, on Spectrum News and in the Greensboro News & Record. 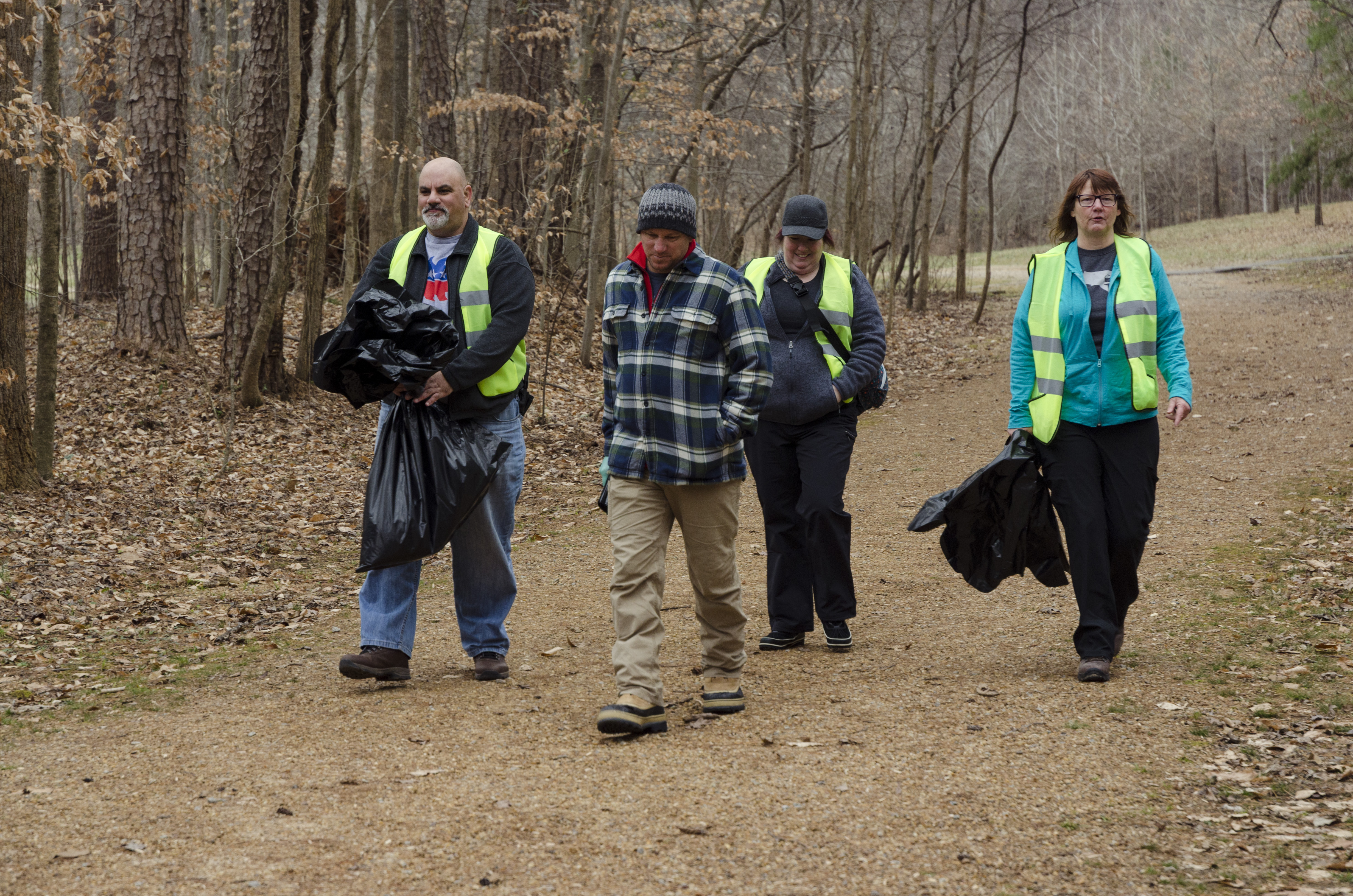 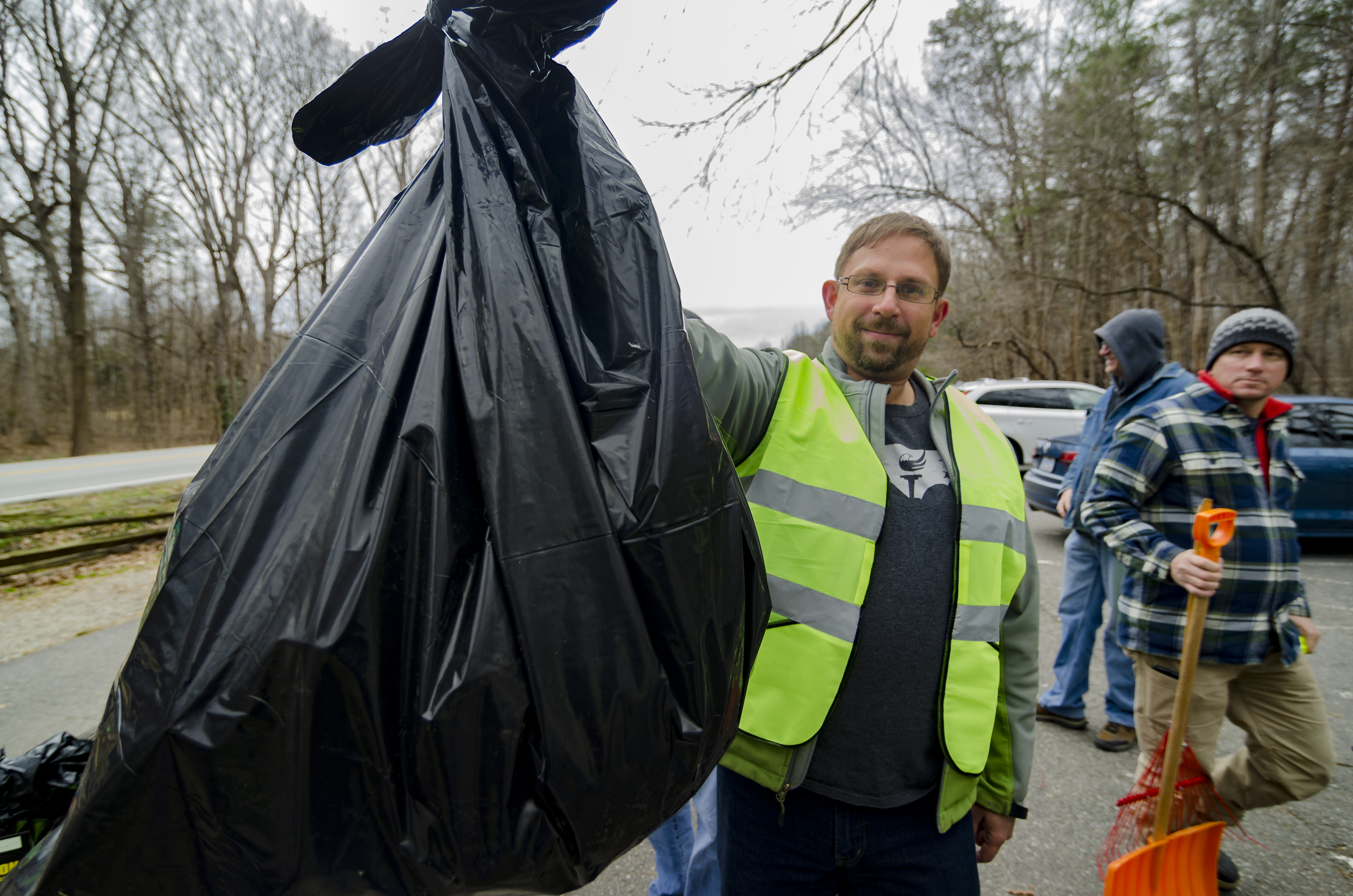