Will the Feds Bust Santa Claus

(Editor's Note: George Getz wrote "Will the Feds Bust Santa Claus?" in 1999, when he was Libertarian Party Communications Director. This and other libertarian Christmas classics were included in the Dec. 23 Liberator Online, the newsletter of The Advocates for Self Government.) 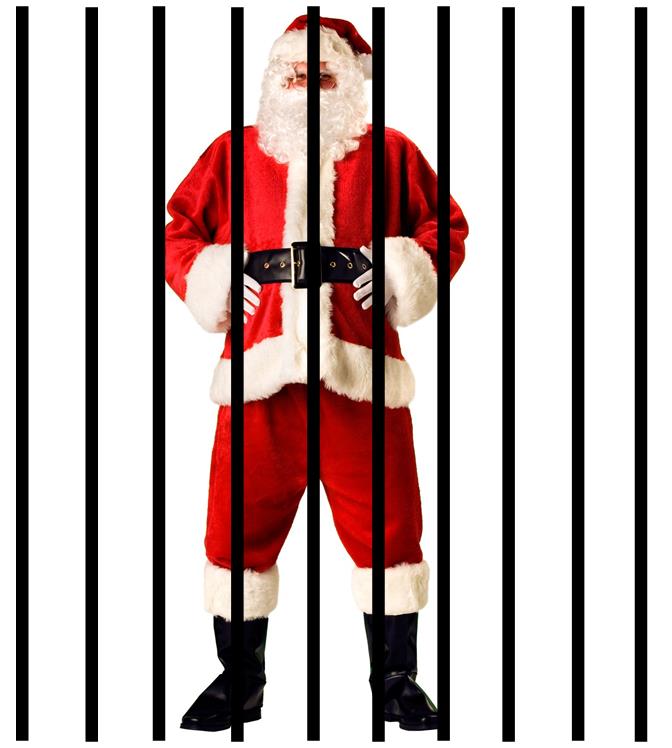 When Santa Claus comes to town, he'd better watch out — because the federal government may be making a list of his crimes (and checking it twice).

"Hark the federal agents sing, Santa is guilty of nearly everything," said former Libertarian Party press secretary George Getz. "The feds know when Santa's been bad or good — and he's been bad, for goodness sakes."

Does Santa belong in the slammer? Instead of stuffing stockings, should he be making license plates?

Yes, said Getz, if he's held to the same standards as a typical American.

The bottom line, said Getz: "It might be tough sledding for Jolly St. Nick this Christmas if the government decides to prosecute him.

"We're just surprised it hasn't already happened. After all, Santa Claus is everything that politicians aren't: He's popular, reliable, and gives us something for nothing every December 25 — instead of taking our money every April 15."

(from the Liberator Online)

The $1.1 trillion budget just passed by Congress sure bought lots of gifts and presents for everyone.

Everyone, that is, who's connected to the feds. The rest of us have to pay... while Congress plays Santa to its cronies and benefactors.

Watch this stunning video and see where some of that trillion bucks is going. Then circulate this video far and wide.