The next time you're in Fairmount, North Carolina, stop and have lunch at the L & M Convenience Mart. Congratulate the owner, Lyndon McClellan, who yesterday won a small victory over the overreaching IRS. 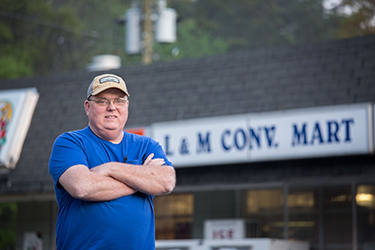 McClellan did nothing wrong. The IRS has never alleged he committed a crime, nor did they charge him with one. His only infraction was to make a series of deposits, each less than $10,000.

This, believe it or not, is illegal under a federal law intended to target drug dealers, racketeers, and terrorists.

The Institute for Justice, which calls itself "the national law firm for liberty," came to McClellan's defense.

On Wednesday, the federal prosecutor dismissed the case.

Read the press release from the Institute for Justice.