As a teen-ager in the summer of 1968, I watched the evening TV news in horror and read the morning headlines in shock as our nation seemed to be coming apart at the seams. American cities from coast to coast were being burned, ripped and devastated by rioting mobs, angered by an unwinnable war in Vietnam, joblessness and hopelessness, ugly racial discrimination, and too many law enforcement officers who took the law into their own hands and injured and killed at whim. 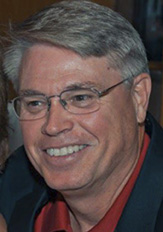 Sad to say, but I believe the recent violence in Ferguson, Mo., and this week in Baltimore may be setting the stage for another summer of civil unrest, similar to that of 1968 when many of us were stunned and shell-shocked by events that we never expected to see in the United States.

What is especially troublesome to me is that we as a nation seemed to have learned nothing from our past, and our nation’s leaders have failed to understand that instead of solving the problems of nearly 50 years ago, they have created laws and policies that have woven those very same problems into the fabric of our social, economic and political system.

In doing so, they have created a sort of “national quilt” that is weak and unsustainable, and where the fibers of the citizenry itself are disconnected instead of bound together for the common good.

In short, government is never the answer; it nearly always is the problem.

No one learns the value of personal responsibility or develops a strong work ethic as long as generational handouts continue to flow from Uncle Sam.

No one earns the kind of pride that builds character and develops good citizens when the government plays the role of mother and father in every major decision from the cradle to the grave.

There is no real freedom – and no real hope for millions of Americans - as long as the government has its yoke of control around everyone’s life and the media create an illusion that more governmental involvement is the answer to our nation’s ills.

The War on Poverty created a nation of poor people. The War on Drugs created a nation of criminals. War of any kind seldom has a winner, and the events in Baltimore should make us come to grips with the fact that our wars have failed us miserably, cost us trillions of dollars, and should be ended. Now.

We also need get our heads out of the sand and face the fact that our freedoms are slowly being chipped away by self-serving politicians who are more interested in grabbing headlines and being reelected than in working to get government off our backs and out of our lives.

Finally, I want to make it clear that I don’t believe there is any excuse for the violence and lawlessness in Baltimore. Tearing down what others have built with their hard work is not only wrong, it is criminal, and those responsible need to be vigorously prosecuted. Similarly, the intentional injury of anyone – cop or citizen – in the name of justice is a cruel, vicious lie, and those who cause harm to others should face the legal consequences.

Peaceful protest is one thing; criminal activity that causes harm to others is something else entirely.

The senseless violence needs to end and those fanning the flames of discontent need to focus their time and energy on restoring our freedom, getting government out of our lives, and working in a responsible way to end injustice of any sort, starting at the ballot box.

The kind of change our country really needs will only come when more people go to the polls and quit sending the same old faces with the same old dialogue back to Washington and to our state capitals.

Editor's Note: Fortenberry is a candidate for the Libertarian nomination for governor in 2016. He is a former investigative journalists and newspaper editor. For more information, contact the candidate by email at [email protected] or by phone at (704) 966-1272, or visit www.KenFortenberry.org.