A Vision for the Libertarian Party

Although it's difficult for many libertarian to accept, in order to win elections we need to win the votes of non-libertarians. And in order to do that, we must demonstrate to them that we can govern effectively, even while reducing government. 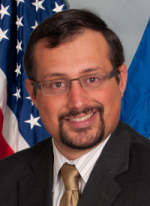 If we smash the Republicans and Democrats together and call them Coke, then we are Pepsi, albeit the distances are wrong. Coke has, since the Coke/Pepsi challenge, consistently advertised with things irrelevant to Coke - dancing, singing, a Coke lifestyle, etc. Pepsi has continually claimed to taste better. I happen to think Pepsi does taste better. The Libertarian Party, like Pepsi, expects the superiority of our policies to stand on its own. This is not the way the world works.

What can Libertarians do to enhance their competitiveness and to get non-base votes? In a word - credibility. We, as a group and as individual candidates, must give voters reason to believe that Libertarians will govern effectively and achieve what we say we will do. If the LP were, in some manner, put in charge of a town council tomorrow, is it likely that the town would immediately become a libertarian paradise? I suspect that such a town would be more libertarian on average than most, but not as libertarian as we would like it to be, unless we seriously study governance first.

Sure, you can say "but we don't want to govern effectively, we want to let things go." But problems arise. First, the ability to govern translates rather directly into the ability to effectively manage the scaling back of regulations and the establishment of a libertarian regime without a collapse of the city.

Second, since we are not the Anarchist Party (even though I'm an anarchist) we will, want to or not, need to effectively govern and accomplish those tasks that the government either is assigned under minarchist libertarianism, or that cannot, as of now, be safely discharged because of existing state and federal regulations preventing the market from handling them.

We'll also have to deal with responsibilities assigned to municipalities by state and federal law. Finally, we'll need to consider the boundaries of our city. We can have pretty arguments about crime falling in a free city, but neighboring cities will have criminals who see our city as easy prey if our police department is not managed very carefully.

Our ideas are clear. Our ideas are in the mainstream now, and it is well-known, among large segments of the voting public, what we stand for. Additionally, there is widespread sympathy for our concerns.

The ball is now in our court to gain the trust of the voters and convince them that we can govern, that we can work with our colleagues who disagree, and that we can effectively pursue our policies without destroying the safety and security they hold dear. We know this is possible. We know that freedom works, and that pursuing freedom is not antithetical to governing well. Now we need to convince others.

We have a remarkable opportunity to do this today. Our opponents consistently refuse to behave like grown-ups. Every event is, to them, an opportunity to put out a message that flows with the wind. Let Libertarians be the grown-ups in the room, those who do not respond to every event with a blindly ideological statement, but with a practical demonstration of the benefit of freedom.

To use a current example, consider the recent shooting in South Carolina. In many past police shootings, the justice system has not been permitted to judge the case, leading to the

public taking the case to the streets. Ideological behavior, right or left, that does not engage with the facts of the case, leads only to chaos and violence, not to justice.

In the case of Walter Scott, though, there will be no rush to judgment. A judgment will be rendered by an adversarial system designed, and shaped over centuries, for this very purpose. I am not here criticizing protesters, certainly. I am criticizing a governmental attitude in which the police can do no wrong, and which leaves little options other than violent protest.

The interests of freedom are aligned with the interests of peace: not only in this case, but in all cases. This case is simply a particularly stark illustration of the principle that, when the aim of governance is the protection of the individual from abuse, public or private, peace and prosperity – not charred cities – result.

Credible governors who love freedom, who can govern effectively and shift public policy in a libertarian direction, are desperately desired by our fellow men in this age of polarization in place of actual policy dispute, of showboating in place of governance, of entirely unserious politicians.

Let us fill this void and stop relying on the purity of our words to do our campaigning. The public is not interested in knowing exactly how clean our candidates can keep their hands, or how well we can recite the catechism of our faith, but in our ability to actually govern and advance these interests. Our opponents have steadily declined in this ability–It is time for the grown-ups in the room to step up.

Katz is an elected Libertarian, a member of the Westbrook, Conn., Planning Commission. He is also the Libertarian Party of Connecticut chair and the Region 8 alternate to the Libertarian National Committee. Formerly chair of the Oxford Academy Department of Mathematics, Katz now is a professor of statistics at the University of Hartford. He is also a firefighter/paramedic with the Westbrook Chemical Engine Company and secretary/parliamentarian of that company. He owns Learning is Living, a small homeschooling consultancy