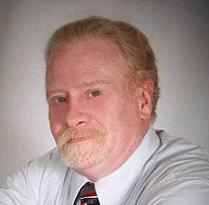 The state Senate passed a bill (SB 656) yesterday to lower the signature requirement for a new political party to qualify for the ballot to a flat 10,000 signatures. This is a step forward for free, fair, and open elections in North Carolina. A similar bill with the same name, HB 769, never received a hearing in the House elections committee.

It didn't appear either bill would go anywhere. The Senate bill has only one Republican sponsor while the House bill has several Republican and Democrat sponsors. I wasn't paying attention to SB65 and completely missed how quickly it progressed through the Senate.

What this means is that the possibility of achieving real ballot access reform is still alive in this General Assembly session.

The Libertarian Party supports the bill sponsored by a bipartisan group of legislators to dramatically lower the ballot access barrier for new political parties and unaffiliated candidates.

Rep. Phil Shepard (R-15, Onslow) filed House Bill 769 Voter Freedom Act of 2017. It reduces the number of signatures a new political party must collect to qualify for the ballot from about 94,000 to just under 12,000. That’s equivalent to one-quarter of one percent of the vote for governor or president in the last election.

“We're grateful to these representatives for backing this bill. They recognize that the right to vote is not truly complete where free choice does not exist,” said Brian Irving, state Libertarian Party chair.

The Libertarian Party of North Carolina, led by activists in Wake County, is still working hard to support our North Carolina brewers and free markets.

The first run of our Libertarian "Free Beer" T-shirt sale was a great success. Thank you for participating. We raised a bit of money for the party, and our message is getting out. A second T-shirt sale just opened up.

A bill filed last week, House Bill 500, would raise the self-distribution barrel limit from 25,000 to 200,000 barrels. This is still a trivial amount compared to what big international brewers distribute and sell in the state. But by raising the limit, our local brewers can continue to grow and compete in a free and fair market. NC brewers won't be forced into a distribution partnership that's bad for their business.

Go here to purchase one today.