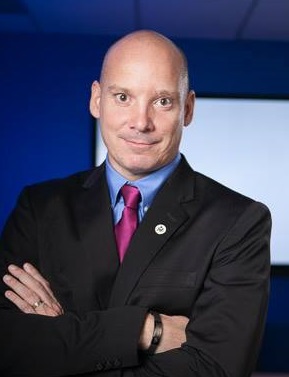 I have something I want you to consider. After every mass shooting, people cry out for gun control. For weeks or months, gun control is all you hear and then it goes silent. There are many people who believe that the availability of weapons is why we have mass or school shootings. The thought is that if you take the guns away from everyone, these types of events would not happen. If we just pass a few more gun laws, we will save our children.

There comes a time when we need to find the core of the issues and not just slap band-aids on everything. Everything in our community has become fuel for our cancel culture; if someone does not like it, they want it gone for everyone, but that is a topic for another day. For the sake of this article, let us call the band-aid gun control and let us consider the core of the issue: social media. No doubt you already knew where I was going with this since the title states it clearly but let me make my point and offer you several references so that you can come to your own conclusion. First, I will highlight the growth of social media. Second, I will present data that will show social media links to depression and anxiety. Third, we will discuss the characteristics of people who commit these crimes. And finally, I will offer various approaches that will help mitigate these issues and explain why Congress is unable to address the problems by simply passing a bill.

Realize that You are the Power 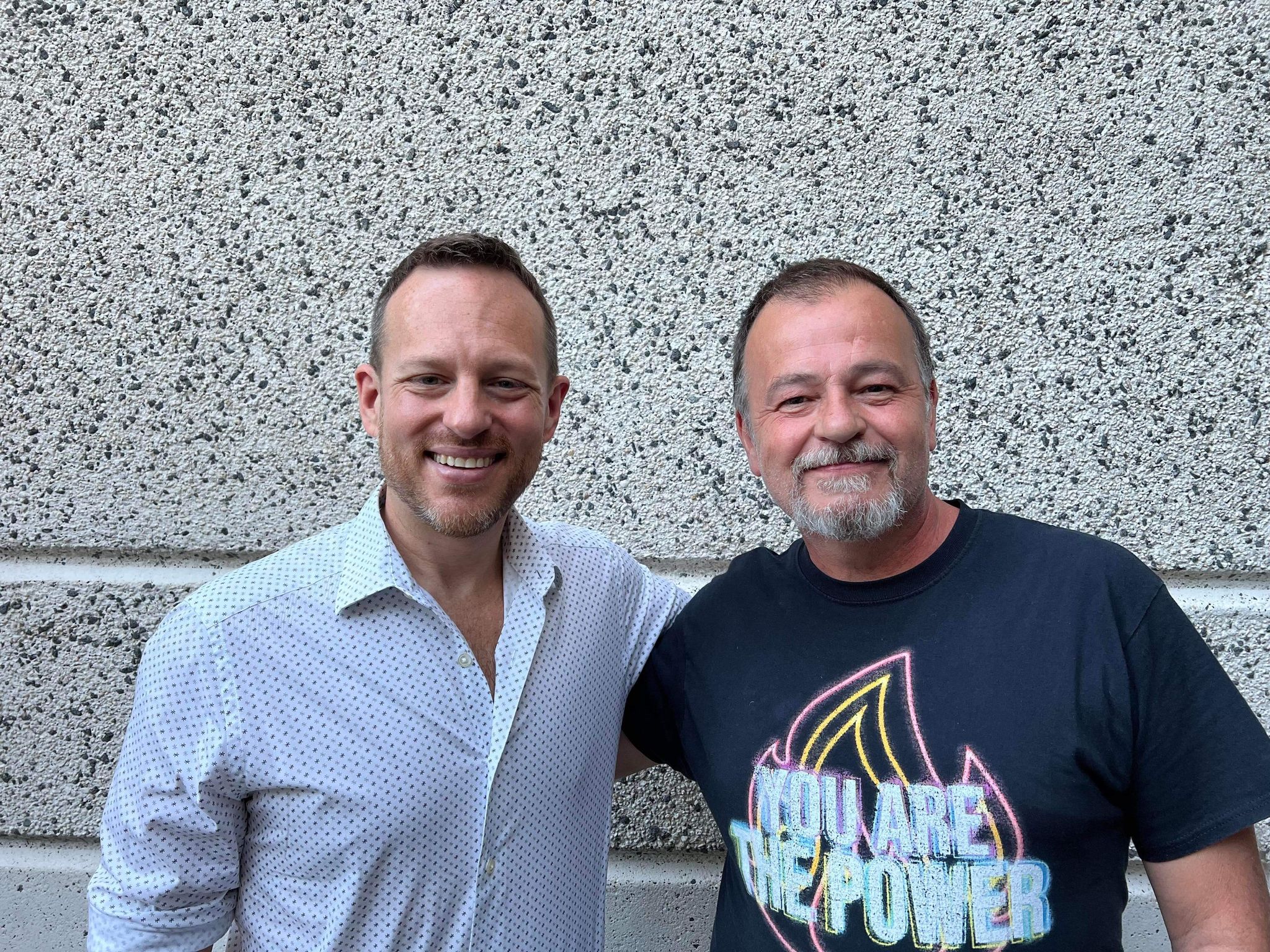 Spike Cohen, Vice Presidential candidate in 2020, activist, and devout lover of humanity, has started an organization, You are the Power (www.youarethepower.net), to take the individual power that we each possess and unite people across the country to push back against forces designed to make us feel small, weak, and vulnerable.

Each one of us is unique, a miracle of statistical improbability with thoughts, opinions, feelings, and life experience that differs from every other person who has ever lived. At the same time, we are all tied together as members of the human race, with a communal bond in our shared individuality.

We are bombarded by messaging designed to make us feel anxious, powerless, afraid, and reactionary, and this is by design. The political machine that seeks to consolidate and grow the breadth and depth of its own power is fine-tuned to strip you of your individual identity. It wants you mired in the belief that your fellow human beings are your enemy, and only it can save you.

Under the constant drum beat of fear-mongering driving us further apart, we fall into the trap of focusing so intensely on hating people with whom we actually have so much in common. In doing so, we ignore abuses and misconduct by elected and appointed politicians and bureaucrats, or even defend their actions if we believe them to be on our "side."

We each have the ability to make a difference in our communities. We need only take a moment to claim that power in ourselves, and demand that those who would seek to divide and control us are no longer able to do so.

The machine is massive, though, and adept at making us feel that any attempt to stand up against it is futile. Even when we are willing to leave behind fear and anxiety and take action in service of our fellow humans, knowing where to start is difficult. Laws and regulations are intentionally complex, elected officials and the dark money that supports them play gatekeeper, and solving what ails our country is a long and difficult journey.

Spike realized the need for a non-partisan, grassroots coalition dedicated to helping those in need, that would improve our communities through direct charity and mutual aid initiatives. He created You are the Power (YATP) to address this need, its success fueled by a belief in empowering people.

YATP is a nonprofit, membership-based nonprofit network of grassroots activists, community leaders, and candidates for elected office who identify problems and work to implement solutions. While the focus is on issues at the local level, YATP has a shared social media reach of over 50 million people, and a working relationship with activists and organizations in all 50 states.

Under the aegis of Spike, YATP walks the walk. While it is a young organization, in the short time it has existed, YATP has been hard at work, defending those whose voices might otherwise go unheard in local communities around the country, and it is already logging successes:

Spike brings star power and political gravitas, and garners broad and necessary attention for causes that would otherwise fade away. His selfless refusal to accept a status quo that sublimates people drives pro-human changes forged through the power of people untied in defense of the powerless. 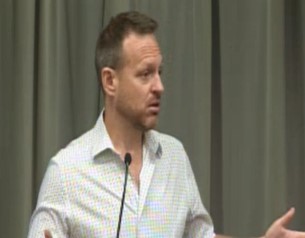 Spike's presence at the Gastonia protests has boosted attendance at these events, with some activists traveling hundreds of miles to be there. The LPNC was able to catch up with Spike at the September 21 Gastonia City protest and ask him about YATP. He told us,

"We do best when we live in a society of mutual respect for one another, when we take the power out of the hands of those that took it from us and put it back in our hands where it always belonged. We find people who have been run over roughshod by their local governments and help organize them to get justice, like we’re doing tonight for Joshua Rohrer. We show them, their community, and the world that we can work together. We don’t have to live by the edicts of people who presume to have authority over us. We can live better lives, lives that are more prosperous, more peaceful, and happier, by working together to be more free. That's what You Are the Power is all about."

Membership ensures updates on events and ongoing activism and provides specific and actionable ways for each member to get involved. Members are integrated into the community, providing assurance of support with no concerns about being stranded in isolation against the political machine. Members can join these events, meet and forge relationships with people who have similar motivations, engage in online activism, or even organize an event in their area. For more information, details can be found at www.youarethepower.net.

The forum will begin at 7 p.m. with an opportunity for attendees to meet the candidates. Then Kaliner will moderate a structured debate between Shannon and Hoh from 7:30 to 8:30 p.m. The candidates will take questions from the audience in the final half hour.

The event will be held on the Davidson campus in the Alvarez College Union Building, in the David & Pam Sprinkle Room on the 4th floor. Light refreshments will be provided.

There is ample parking in the Baker Sports Complex Parking Lot and a short walk on Baker Street to the Alvarez Student Union, then take the elevator or stairs to the 4th floor.

RALEIGH (Aug. 23) - The Libertarian Party of North Carolina is extremely disappointed with the decision by Gastonia District Attorney Travis Page to abandon further investigation into the actions of Gastonia officers Cierra Brooks and Maurice Taylor surrounding the arrest of Joshua Rohrer on Oct.13, 2021, and the death of his service dog immediately after.

“We are further disappointed by the willingness of the Gastonia City council to consider the D.A.’s decision as final on the matter and the determination by the police department to take no meaningful disciplinary action against either officer,” said state party chair Joe Garcia.

“Nevertheless, we’re undeterred in our determination to see justice done for Joshua Rohrer. We call for the Gastonia City Council to reconsider its willingness to ignore the evidence on video from the day of the arrest,” Garcia said. “We also call for any appropriate authorities to exercise their oversight responsibilities and hold the City of Gastonia to a higher standard than acting as its own judge and jury.”

In choosing to ignore the clear video evidence from the body camera footage and instead blindly supporting the arbitrary determination made by the D.A., another public official, the city council acknowledges that the police department operates with no functional oversight.

“We’re dismayed, but unfortunately not surprised that the police department cannot hold itself accountable,” said Garcia. “We’re deeply moved by the compassion and determination of all the people who have rallied to Joshua’s cause from across the political spectrum. We promise you that we will not forget about him, and we invite anyone who believes in justice to stay with us until we see this matter resolved,” Garcia concluded.